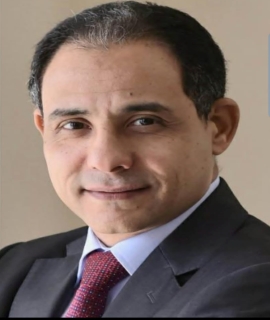 Dr. Bashir is the Senior Counsel at Sharq Law Firm. Having achieved a doctoral research degree (PhD) in Criminal Law from France, Dr. Bashir has led an impressive career in criminal law. His academic experience (as a Professor of Criminal Law in the Faculty of Law at the Cairo University, the Director of the Center for Combating Crime and the Treatment of Criminals at the Cairo University, an Arbitrator in the Permanent Academic Committee for the Specialization in Criminal Law for the Promotion of Professors in Egyptian and Arab Universities, and a member of the Editorial Board and the Academic Committee in the Faculty of Law at Chadli Bendjedid University) provides Sharq Law Firm with extensive legal experience and distinctive knowledge of criminal law. Prior to joining Sharq, he held several esteemed academic positions; a Professor of Criminal Law at the College of Law – Qatar University from 2008 to 2021, an Adjunct Professor at the Institute of Criminal Studies – Public Prosecution – State of Qatar, an Adjunct Professor at the Center for Legal and Judicial Studies – Ministry of Justice – Qatar, an Adjunct Professor at Ahmed bin Mohammed Military College – Qatar, and an Adjunct Professor at the Police College – Qatar. His professional experience as a lawyer before the Egyptian Court of Cassation, as well as being a member of the disciplinary board for members of the Research Authority in the Egyptian Medicines Authority, and an investigator in the President’s Office of Cairo University in disciplinary violations attributed to faculty members at the university provided him with extensive practical experience in handling investigation and judgment files.